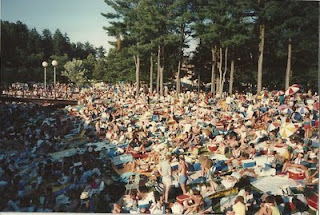 Freihofer’s Saratoga Jazz Festival (check it ouuuuut ) in Saratoga Springs, NY, is a great event every year, the ultimate jazz picnic, good-time hang of any festival you’ll find. Anywhere. People who show up year after year, are great music fans with great loyalty to the fest. They’ll enjoy it no matter what.

This year, producer Danny Melnick, in conjunction with the Saratoga Performing Arts center where the event has been held every summer since 1978 (stop using your fingers--this is the 34th edition), has put together one of the better lineups in recent years, across the board. Much of the talent is not in the “star” category (a nearly useless term in this art form). But these ladies and gentlemen can play.

Saturday’s lineup features the brilliant drummer Jack DeJohnette. Couldn’t take my eyes off him at his last Freihofer’s appearance in a trio with John Scofield and Larry Goldings a few years. Sooooo much thunder from those drums. Fire and brimstone. Finesse and fluidity. He has a fine band featuring the super sax of Rudresh Mahanthappa and the fiery guitar of Dave Fiuczynski, as well as the wonderful, underappreciated George Colligan on piano. This is set to be a monster set of music.

Eliane Elias has turned her career a lot toward singing in recent years, with pop shadings thrown into her mix of jazz and influences from her homeland, Brazil. But she’s a fantastic piano player. And her jazz/pop vocal tunes are first rate. She’ll be offering up a large portion of music from her new album “Light My Fire,” which will include, no doubt, her cover of that famous Doors tune. She does it in a slow, smoky, come-hither ballad style. This is a great musician who’s sometimes overlooked because of her vocals. Her husband, Marc Johnson, is one of the best bass players on the scene and he will be among her accompanists. Don’t be surprised if former husband Randy Brecker gets a chance to accompany her on the SPAC stage. He appears on the album, and he’ll be at SPAC as part of George Wein & The Newport All-Stars, along with Lew Tabackin on tenor saxophone and flute, Anat Cohen on clarinet, Howard Alden on guitar, Peter Washington on bass and Lewis Nash on drums.

Wein, who founded the Saratoga festival and is the father of all jazz fests, has a kick as mainstream jazz band that is well worth seeing. Names like Dee Dee Bridgewater, Dianne Reeves and The Bad Plus have become well known. But the beauty of this year’s fest lies in the lesser “known.” Hilary Kole is a singer of note who owes part of her style to cabaret, but who has been playing with a lot of fine jazz musicians and her vocals are getting sharpened that way. She freely admits that, and is justly proud of an album she did as a series of duets with jazz piano greats “You Are There.” Kole will warm and win the hearts of Saratoga festers.

Ben Allison, a bass player and fine writer, was terrific at Newport last year. Like Binney, creative and captivating. Great art produced by this unit, which features the sweet and versatile guitar of Steve Cardenas. Cardenas does his own trio set with Allison and drummer Rudy Royston later at the small gazebo stage. Royston is a fantastic drummer who’s playing with top musicians around, like Dave Douglas. So this whole thread from Allison’s band down to the Cardenas set will have some beautiful musical moments.

Don’t go to sleep on Marcus Strickland, one of the great young tenor sax cats who will be WORKIN it at the gazebo. And he’ll have a bunch of sharp NYC cats in tow that could include the remarkable EJ Strickland, his twin brother, on drums.

Sunday’s lineup includes Dave Binney, a very creative soul. His band at Newport last year was a thrill. Movements and improvisation that held interest and threw surprises. He’s turned up on a lot of people’s projects lately, becoming an in-demand cat on the NYC scene and it will be evident why that is so. Tia Fuller plays her alto sax with Beyonce, but she’s a kick-ass jazzer with a band that is tight and grooves.

Matt Slocum, a drummer who’ll have Danny Grisset (a Jeremy Pelt Band regular) and Massimo Biolcati on bass, is someone I’ve not heard, but Melnick says he was super impressed when checking out the drummer in the Big Apple. Rebecca Coupe Franks is a burning trumpeter that will open some eyes and ears. People who go to Saratoga now expect to have great discoveries at the gazebo, like this lady. Great job my Melnick to fill the gazebo stage up with artists that will bring their own vision and tell their own stories and will shine in their own way. No bullshit.

The theme here has kind of been to stay away from talking about bigger names. The headliner on Sunday with be the Sing the Truth! Tour featuring three singers, jazz great Dianne Reeves, Lizz Wright and Angelique Kidjo. They’ll sing an array of tunes, jazz, pop, soul etc., from a variety of sources. Should be fine music, but my reason for noting it out of context here is the friggin’ band that is behind these vocalists: pianist Geri Allen, drummer Terri Lyne Carrington, bassist James Genus, percussionist Munyungo Jackson and guitarist Romero Lubambo. That’s a talented group! If he singers all came down with laryngitis, this would still be a band to regard.

So one of the great festivals anywhere truly has a variety of style among the artists Melnick has amassed this year. It bodes well for the event, and it bodes well for jazz as it continues to move forward.

A couple more words: Blog has been on hiatus for a bit. That will change. Also, Wein will be getting an award from SPAC this year as he returns to the event he masterfully created and stewarded through good times and bad. More on that very soon!
Posted by R.J. DeLuke at 7:00 AM 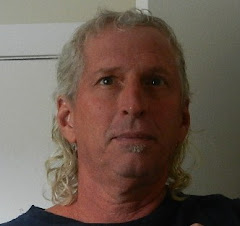